HOW IT ALL BEGAN…

Long, long ago, just before Congress created the Medical Device Act in the land of Lilliput, the Kendall Company identified an opportunity to manufacture and market a device conceived at Northwestern University for the early detection of cervical cancer. Due to the small size of the device and the inherent presence of tissue contamination, a disposable device was called for.

After two years of repeated and unsuccessful attempts to have the device manufactured by every known needle and device manufacturer in the country, they referred the project back to one of Kendall’s three engineering facilities. The object was to simplify and modify the design, eliminating those features which were believed to be too difficult for current manufacturing technology, then to find or develop a source to manufacture the device.

The project was assigned to a design engineer with a reputation for solving the most difficult problems in innovative ways. In addition, he had many years of manufacturing experience prior to working at Kendall.

After interviewing the inventing physician and studying the device’s application, he eliminated the separate tip, which had been falling off inside the body (not good!) and replaced the standard metal luer hub with a plastic luer hub, which included a sail or single wing, for identifying the position of the device’s curved tip while it was concealed in the body cavity.

These changes added to the device’s safety and utility, however, these changes made the device even more difficult to manufacture (again, not good!) and moved things in the wrong direction when it came to finding a manufacturer, since both changes required even more specialized and sophisticated manufacturing techniques.

Well, this engineer just didn’t see it that way. After studying the device in a manufacturing context, he concluded that “any dummy should be able to make it…and I know just the dummy!!!”

That engineer was my dad. Can you guess who the dummy was? My dad gave me invaluable help with what became Hart Enterprises, Inc.’s first project. Thanks, Dad!

Hart Enterprises, Inc. was founded in 1976 in Skokie, Illinois.

Our beginning started with the impossible: a project that had been considered impractical for manufacturing for several years.

We’ve been doing “the impossible” ever since.

In 1981, the company relocated to the southwest side of Grand Rapids, MI to Wyoming, MI. 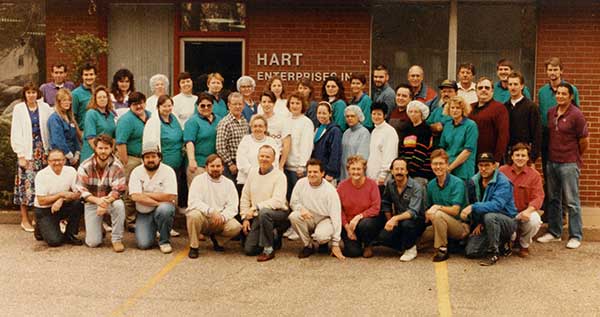 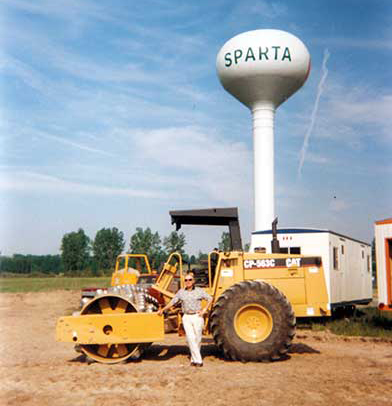 In 1998 we outgrew our facilities in Wyoming, Michigan and broke ground on our current facility in Sparta, Michigan.

Our growth is the result of dedication to our customers, your customers, and the patients whose fundamental concern is recieving the best care with the least amount of discomfort.

You wont find better quality than Hart’s at any price, and we won’t sell directly to end users – not hospitals or doctors.

Hart Enterprises, Inc. is the leading OEM supplier of special application needles and custom medical devices for the healthcare industry.

Unlike many of our competitors, supporting your business is our full-time job.